HOW IT’S MADE; Kralen

END_OF_DOCUMENT_TOKEN_TO_BE_REPLACED

HOW IT’S MADE; Metal Art

END_OF_DOCUMENT_TOKEN_TO_BE_REPLACED 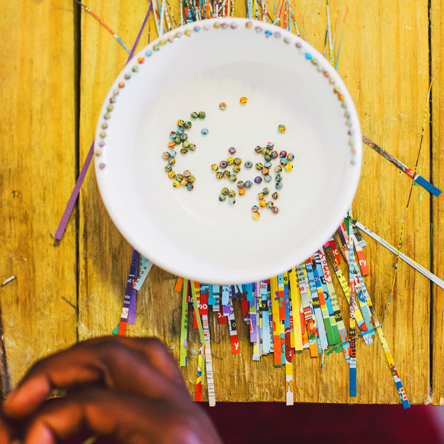 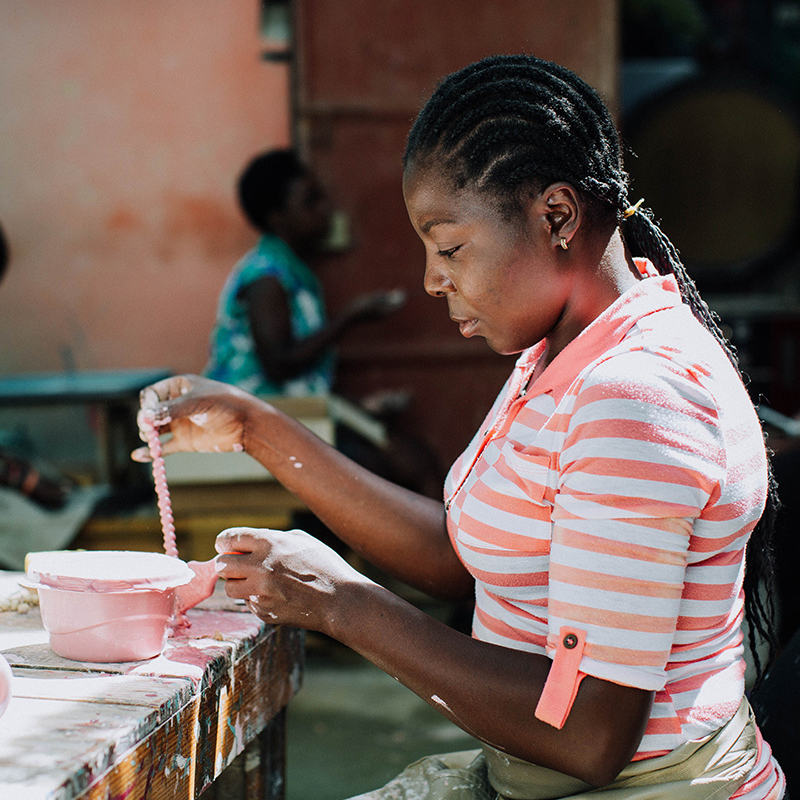 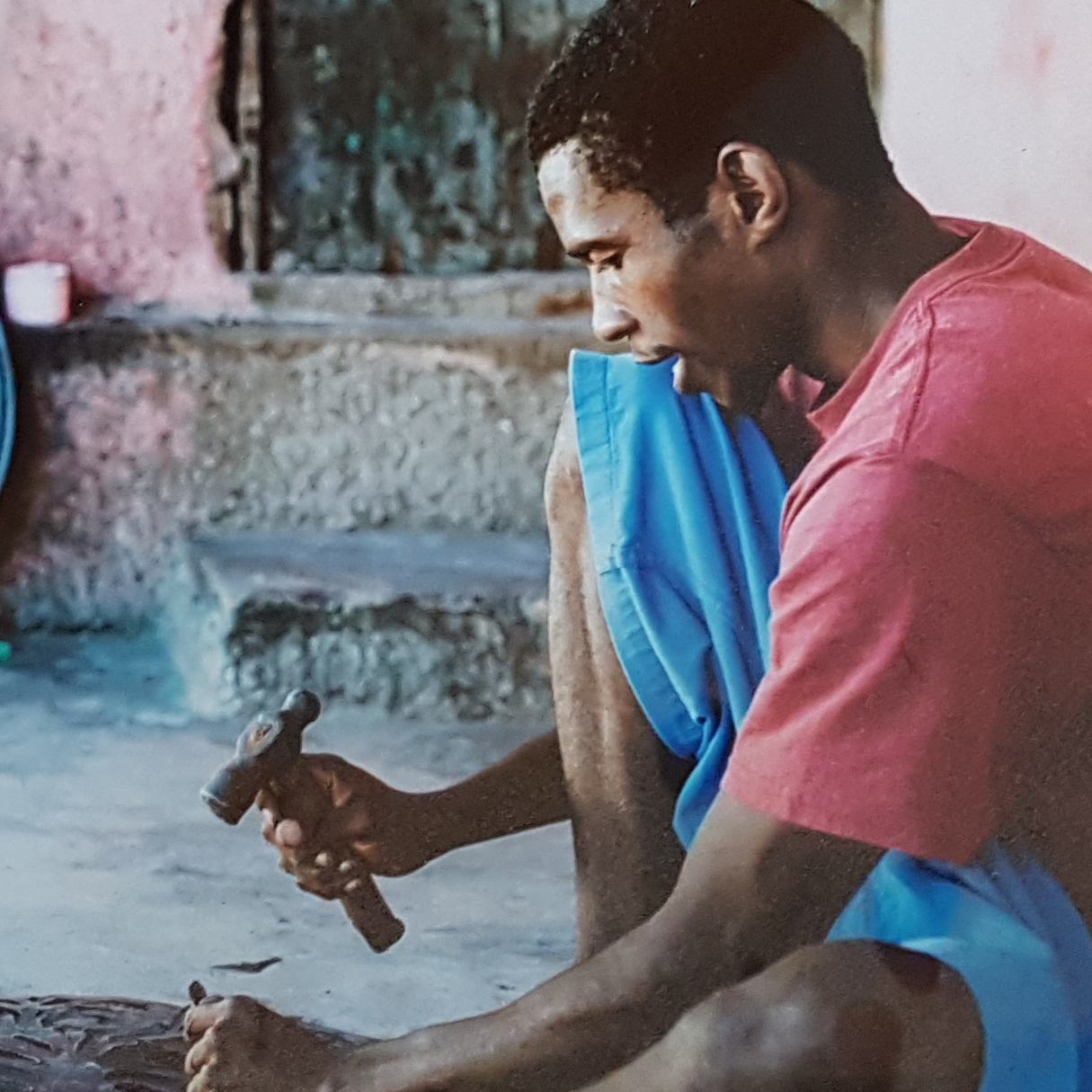 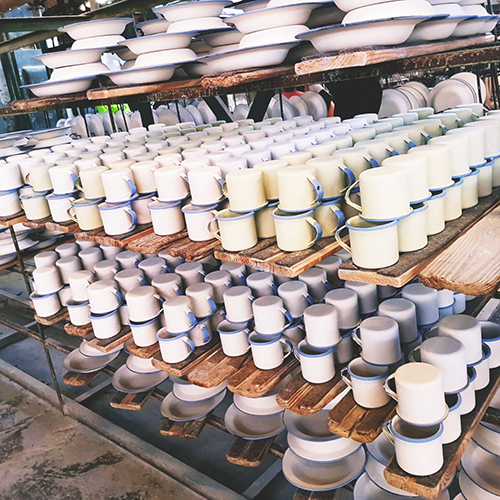 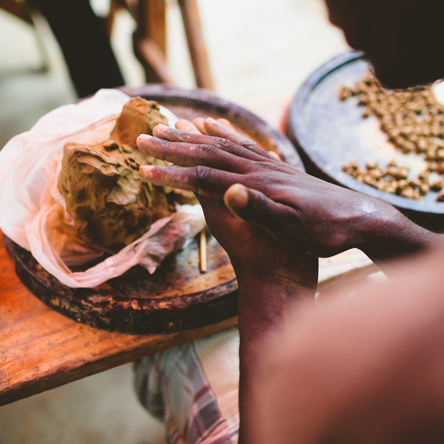 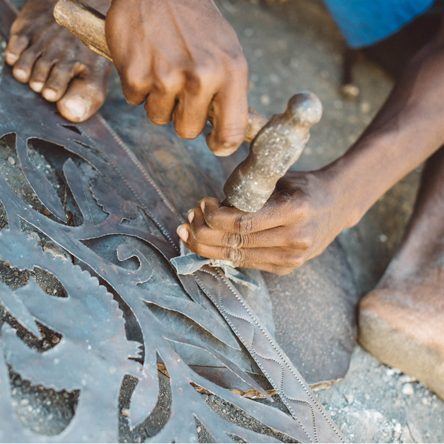 Why we are not a charity

Our goal at D.D. Creatives is to create opportunities and improve the standard of living of talented artisans so that they may live from their craft and provide a better future for their children. We want to support organizations that promote fair trade, sustainability and good pay but we are not a charity. We are not asking for donations to a good cause because we don’t believe that charity works to bring people out of poverty in the long term. Haiti has been a country run on donations (and loans) by big and small NGOs, foreign governments and international organizations, and yet, after decades of charity the country is still one of the poorest in the World with a highly unstable government.

Don’t get us wrong, charity is important in times of crisis (like after the 2010 earthquake that killed 250.000 people) and in desperate situations to provide temporary relief and much needed aid. However, in the long run charity does not help a population stand on its own two feet. Decades of being America’s (the continent) charity case the Haitian people have only developed a stronger victim mentality. They have been handed “aid” so many times that they have come to expect it. It is our belief that this kind of mentality only creates a cycle of dependence. They way to development is through education and a better more stable economy

In Haiti, education is not free and even private education does not always mean quality education. Many parents struggle to put their children through school which means at the first signs of hardship many young people are forced to drop out of school and help their family by working. Though there may be charities that help with education, they are few and far between and cannot cover the cost of school for a country where 54% of the population is under 25 years old. So what we are promoting is social entrepreneurship and the beautiful creations that come from Haiti. We want to create a demand from products made in Haiti so that the men and women that create them can benefit from stable employment (a luxury in a country where 2/3 of the population don’t have a formal job) and can provide for their families.

Maybe our project is ambitious, but you have to start somewhere! We don’t expect to solve the problem of a country’s bad economy or educational system but we do want to contribute to creating a solution. If we can, through selling one product, empower one person and have them worry a little less about tomorrow then we are happy ☺

So when you make a purchase you aren’t just buying a beautifully made product from Haiti but also a small part of our story.